Difference between Django, Laravel, and Ruby on Rails. 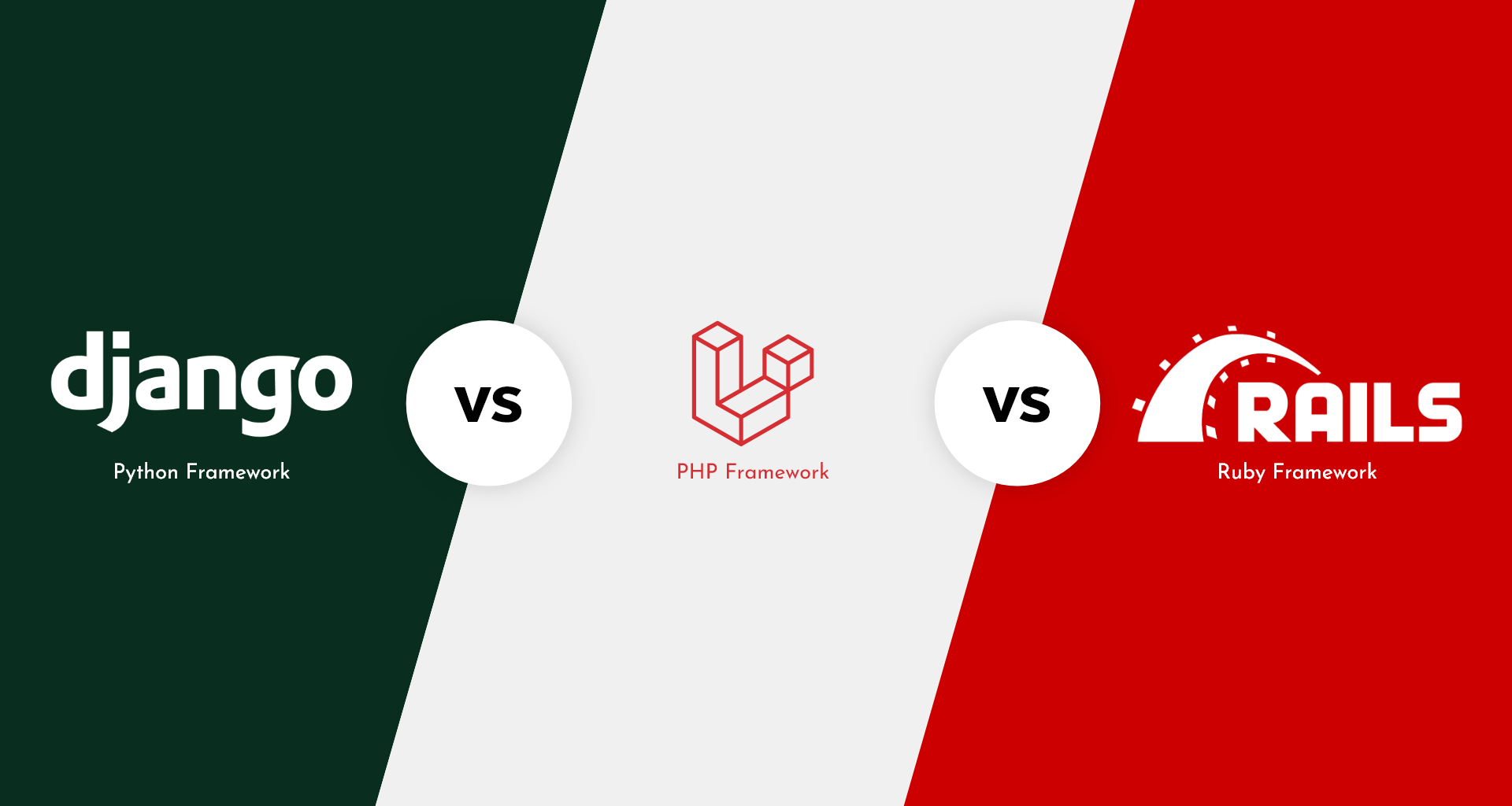 Django, Laravel, and Ruby on Rails are among the most loved frameworks for web development. However, business organizations looking for the best solutions for their ventures, often get confused. They find it difficult to decide which framework to use for their project. Read this article to know about the three different frameworks, their strengths and limitations, and figure out which of the three is the most applicable and usable for you and your business.

Who Should Use Django?

To limit the use of Django to a certain industry type would be unfair. It is one of the most established and rapidly growing frameworks that can serve the simplest of website and app development tasks. However, since the primary focus of the framework is to simplify hefty tasks, it is recommended for businesses with huge databases and users. Big companies like Spotify, Dropbox, Pinterest, Mozilla, Reddit, and The Washington Post use Django. It is obvious that Django is adept at handling huge media files, text posts content, immense interactions, and growing user base.

Keeping in mind that Python is one of the most favored languages for coders to learn and work with, Django is also a favorable choice for beginners even with new web application development projects. It is established, fast, secure, and easy to learn. Ecommerce websites, healthcare and financial booking platforms, social media sites transport businesses with an online booking system, etc. use Django. To put it simply, Django is a good choice for businesses with big databases and higher amounts of traffic/interactions.

Who Should Use Laravel?

In order to decide whether one should use the Laravel framework, the businesses need to chalk out their needs and then check their compatibility with features that the framework offers. The code brevity that Laravel allows is certainly time-saving. But companies or businesses that are looking for well-structured and extensive web development projects should definitely explore the Laravel framework. In addition, the framework has a huge developer community which facilitates quick and effective problem solving.

The extensive features of Cached data accumulation that this framework offers are suitable for businesses that struggle with slow web page loading. Laravel is also very secure, but it also depends on the developers to fully optimize its security features. It’s MVC architectural pattern makes it easy to work on large web projects by helping organize unstructured code. Contrary to the belief that PHP and laravel are slowly becoming outdated, it is still very much alive and constantly evolving. Some top companies that use Laravel include BBC, Pfizer, and 9Gag

Features of Ruby on Rails

Benefits of using Ruby on Rails

Who Should Use Ruby on Rails (RoR)?

To put it simply, Ruby is a mature and dynamic general programming language. Ruby on Rails is a framework that is best suited for companies that have projects to finish in a cost-effective and time saving manner. If you are looking to build a Minimum Viable product for your business, Ruby on Rails is a good choice despite more popular and established frameworks such as Django (which is certainly not cost-effective for a MVP). Additionally, RoR is a great choice for social media applications. The fact that it is used by big companies such as AirBnb, Crunchbase, and Ask.fm is a testament to its ability of effectively handling immense traffic and transactions on a regular basis. Businesses with ecommerce platforms and complex databases can also use RoR.

Similarities Among the Three Frameworks

Features that are similar for all the three frameworks:

Comparing the Frameworks on Different Factors

Each framework has its own advantages and disadvantages. In order to understand which among the three frameworks is better, we shall compare them on the basis of availability and cost of developers, community, ecosystem, and security.

Availability and Cost of Developers

All the three frameworks are unique and special in their own ways. While Ruby on Rails is the leading framework in website adoption, Laravel has a large ecosystem, and Django is the securest framework. Business organizations must analyze which among the three frameworks fulfills their requirements with utmost ease, and take an informed decision.

hipster-inc.com
How to Make Your Company Pandemic Proof in 2021 | Hipster